Runaway Bay is a town in Saint Ann Parish on the northern coast of Jamaica and is considered one of the most naturally beautiful places on the island. It is a notable tourist destination located 16 km (9.9 mi) west of Ocho Rios, and slightly east of Discovery Bay, where Christopher Columbus landed in 1494. Ocean View Beach is a private beach situated at Runaway Bay. It consists of a series of hotel resort complexes and beaches.

The name derives from its having been an escape route for runaway slaves. Arawaks were the first native settlers, but they were eventually overpowered by Spanish colonisers.

See All Properties in Runaway Bay
Play Video
Booking.com
Why Holiday in Jamaica?

Entertainment: Jamaica is the cultural capital of the Caribbean. Visit us to experience live reggae music, street dances, festivals, carnival and much more. Weather: Warm Caribbean weather with occasional liquid sunshine makes for an enjoyable holiday.

What's the best time to visit?

The best time to visit Jamaica is November to mid-December. That’s when the island’s already beautiful weather (ranging from mid-70s to the high 80s all year-round) is the most pleasant and the hotel and flight deals are the easiest to find.

How to save money in Jamaica
Culture and Customs in Jamaica

Jamaican culture consists of the religion, norms, values, and lifestyle that define the people of Jamaica. The culture is mixed, with an ethnically diverse society, stemming from a history of inhabitants beginning with the original Taino people. The Spaniards originally brought slavery to Jamaica. Then they were overthrown by the English. Jamaica later gained emancipation on August 1, 1838, and independence from the British on August 6, 1962. Black slaves became the dominant cultural force as they suffered and resisted the harsh conditions of forced labour. After the abolition of slavery, Chinese and Indian migrants were transported to the island as indentured workers, bringing with them ideas from the Far East. These contributions resulted in a diversity that affected the language, music, dance, religion, and social norms and practices of the Jamaicans.

As far as tipping goes, most restaurants have a 15 percent gratuity already added on to the bill, so there is no need to give more unless you found the service to be exceptional. The standard tip for a taxi fare is 10 percent, though some drivers will go above and beyond and serve as your tour guide, warranting a larger tip. Keep in mind, Anguilla uses the Jamaican dollar: $1 USD is about to $145 JMD.

Jamaican cuisine includes a mixture of cooking techniques, flavours and spices influenced by Amerindian, African, Irish, English, French, Portuguese, Spanish, Indian, Chinese and Middle Eastern people who have inhabited the island. It is also influenced by the crops introduced into the island from tropical Southeast Asia. All of which are now grown locally in Jamaica. A wide variety of seafood, tropical fruits and meats are available.

Some Jamaican dishes are variations on cuisines brought to the island from elsewhere. These are often modified to incorporate local produce and spices. Others are novel or fusion and have developed locally. Popular Jamaican dishes include curry goat, fried dumplings, and ackee and saltfish. Jamaican patties along with various pastries, breads and beverages are also popular.

Jamaican cuisine has spread with emigrants, especially during the 20th century, from the island to other nations as Jamaicans have sought economic opportunities in other countries.

Jamaica has a high crime rate, but much of it is focused on gang violence in the inner-city, in communities that you’re unlikely to visit as a traveler. Ask your accommodation which areas to avoid if you’re unsure.

Reconsider travel to Jamaica due to health and safety measures and COVID-related conditions. Exercise increased caution in Jamaica due to crime. Some areas have increased risk. … Jamaica has resumed most transportation options, (including airport operations and re-opening of borders) and business operations.

The best way to get around Jamaica is by taxi, whether you’re coming from one of the airports – Montego Bay’s Sangster International Airport (MBJ) is the most accessible to the tourist areas – or making your way around town. Renting a car is also an option, but driving on the left side of the road can be confusing, road signs are unhelpful, drivers can be aggressive and potholes are rampant. Many cruise lines, including Carnival, Celebrity and Holland America, make stops in Jamaica. They usually head for Montego Bay on the northwestern side or Ocho Rios in the northeast.

Taking a cab or minibus will be the safest and most hassle-free way to get around Jamaica. But you should only take the official taxis that are operated by the Jamaica Union of Travelers Association (JUTA) or Jamaica Co-operative Automobile & Limousine Tours (JCAL), as indicated by the acronym on their vehicles. The most affordable taxis are communal “route taxis,” which pick up at certain spots throughout the island and drive to certain locations. Look for the red and white license plates with “P” or “PPV” appearing before the number. Many taxi meters are broken, so agree on a price before accepting the ride. As for tipping, you should budget in 10 to 15 percent of the fare – more if you’re traveling late at night. 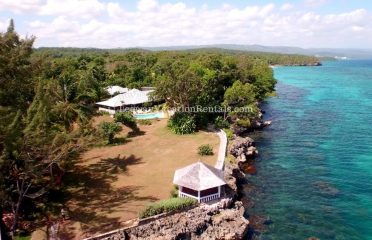 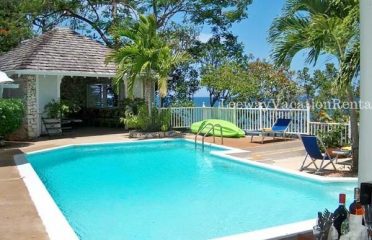 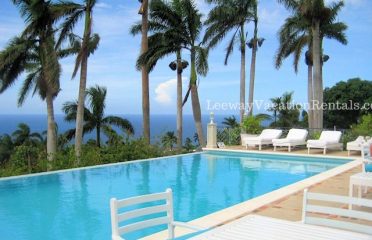 Check on flights and accommodations?